HemNyheterBook presentation and seminar ”The End of Europe”

Book presentation and seminar ”The End of Europe”

The End of Europe
In 2017 Europe finds itself in a state of crisis. Populism, nationalism and military aggression are once again theatening European unity, prosperity and security. With Brexit, the immigration crisis and the increasing threat from terror the issue of the future of Europe is more important than in several decades.

We welcome you to a seminar about the future of Europe in a time of growing insecurity. During the seminar the newly released book The End of Europe – Dictators, Demagogues, and the Coming Dark Age will be presented by its author James Kirchick. The presentation will be commented by Andreas Johansson Heinö – political scientist and author of ”Timbro Authoritarian Populism in Europe Index”. Moderator of the seminar will be Katarina Tracz, director of Stockholm Free World Forum. 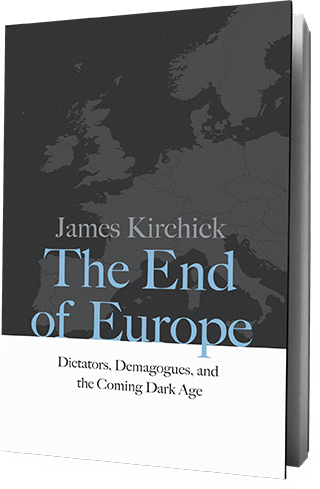 “Once the world’s bastion of liberal, democratic values, Europe is now having to confront demons it thought it had laid to rest. The old pathologies of anti-Semitism, populist nationalism, and territorial aggression are threatening to tear the European postwar consensus apart. In riveting dispatches from this unfolding tragedy, James Kirchick shows us the shallow disingenuousness of the leaders who pushed for “Brexit;” examines how a vast migrant wave is exacerbating tensions between Europeans and their Muslim minorities; explores the rising anti-Semitism that causes Jewish schools and synagogues in France and Germany to resemble armed bunkers; and describes how Russian imperial ambitions are destabilizing nations from Estonia to Ukraine. With President Trump now threatening to abandon America’s traditional role as upholder of the liberal world order and guarantor of the continent’s security, Europe may be alone in dealing with these unprecedented challenges.
Based on extensive firsthand reporting, this book is a provocative, disturbing look at a continent in unexpected crisis.James Kirchick is a fellow at the Foreign Policy Initiative in Washington and a correspondent for the Daily Beast. His articles have appeared in the Washington Post, the Weekly Standard, the Wall Street Journal, and Foreign Policy. He lives in Washington, DC.”Källa: Yale University Press
SAVE | SHARE